Home » Expat in The Netherlands, Alkmaar or Amsterdam

Expat in The Netherlands, Alkmaar or Amsterdam Expat in The Netherlands, Alkmaar or Amsterdam.

Do you work in Amsterdam or at Estec or EMA? Do you have children at the European school of Bergen? Come live in Alkmaar.

The Netherlands is a country known for its tall people, windmills, tulips, clogs, canals, flatness, and the progressive and direct way of living. A country with more than 17 million inhabitants, living on a sparse scale of 41,543 square kilometers!

The official language is Dutch, the capital is the city of Amsterdam, the National Anthem is het Wilhelmus. The Government of the Netherlands is a Unitary parliamentary constitutional monarchy the current king is Willem-Alexander. Lastly, the Currency used is the Euro.

The Kingdom of the Netherlands is a monarchy. The first King of the Netherlands was William I (Willem Frederik, Prince of Orange-Nassau, 1815-1840). The country’s longest-reigning monarch is Queen Wilhelmina. She reigned from 1890-1948 which is 58 years in total. She was only 10 when she came to the Dutch throne in 1890.

However, the Netherlands is also as stated above a Unitary parliamentary constitutional monarchy. Consisting of a head of state and a Council of Ministers. The Dutch parliament consists of two houses: The Senate (Eerste Kamer, 75 seats) and the House of Representatives (Tweede Kamer, 150 seats). Every four years elections are held.

Alkmaar is a large city in the province of North Holland. The earliest mention of the name Alkmaar is in the 10th century, but it wasn’t granted city rights until 1254. The site was most likely chosen as it lay on a sandbank that offered some protection from the sea and sits a couple of meters above the surrounding region, which consists out of some of the oldest polders.

A very famous event was a siege by Spanish forces in the Eighty Years War. This siege  proved to be a turning point in the war and gave rise to the expression “Bij Alkmaar begint de victorie” (Victory beings at Alkmaar).

The town itself has a stunning historical centre with great walks and beautiful buildings, including the tall tower of the Grote Sint-Laurenskerk. Which many people choose as their venue to marry.

Other noteworthy attractions are museums such as the Holland Cheese Museum, the National Beer Museum, De Boom (for when the cheese makes you thirsty), and the Beatles Museum. This last might seem like a stretch, but John Lennon’s first guitar was made in Alkmaar.

Why living in Alkmaar is perfect

Alkmaar is certainly not a small city with its 90.000 inhabitants. Yet it feels very clear and small-scale. It has a pleasant city centre with lovely old canals that flow through. From the water, you get a new and better view of the old buildings in Alkmaar.

The advantage of Alkmaar is that it is large enough to have almost all amenities. Alkmaar has several cinemas, a theatre, various museums, and an extensive range of shops. The city is full of culture to take in, so you certainly don’t have to get bored in your spare time.

The city is not too crowded, unlike our capital and other big cities. But do you want more people around? You can be in the centre of Amsterdam within a 45-minute drive.

Alkmaarders are proud of their city, and rightly so! It’s cozy, you have a full range of shops and the people are friendly and down to earth.

Do you want to get away from the hustle of the city and enjoy nature? Then you can go into the several forests and hiking areas around Alkmaar. Such as Alkmaarderhout and Westerhout or nature park Egmonderhout. Or would you rather go to the beach? That is also an option it is only a 30-minute drive away!

There are no fewer than 94 neighbourhoods in Alkmaar. As a result, there is bound to be a neighbourhood that suits you well!

Are you thinking about living in this beautiful city? Click here for more information. 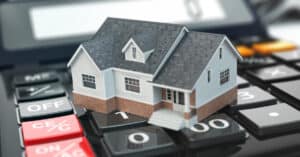 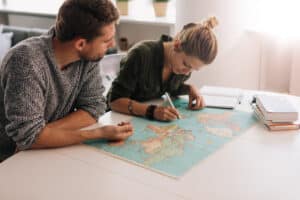